The Second Battle for Blingdenstone

The Pudding King Must Fall 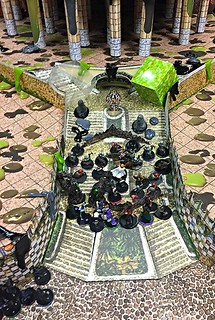 This adventure is NOT part of the Foresite Irregulars storyline, skip to Lost in Sigil to pick up the latest in that chapter.
This is the sixth post from my run of D&D 5e’s Out of the Abyss at Games of Berkeley.

Our heroes traveled to Neverlight Grove for two reasons: To re-unite Stool with its kind, and to gather the ingredients to make enough Oil of Acid Resistance to support the Svirfneblin to take Blingdenstone back from the oozes infesting their caves. 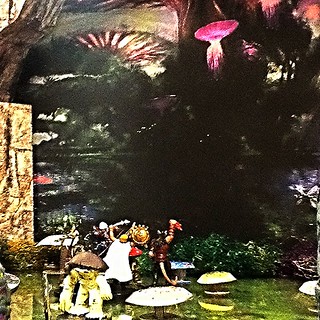 While there, the discovered that Zuggtmoy the Queen Demon of fungi has moved in and is preparing to “marry” (corrupt?) the giant colony-life force Araumycos meanwhile corrupting the minds of fully half of the Myconids living there. They just barely escaped with the ingredients. They had to leave Stool behind (but not before it deep-mind-linked with Magda.)

After several days travel, they return to Blingdenstone. While they rest and recharge, the gnomes madly produce enough of the oil to coat all the weapons and armor – at least enough to last for some portion of the battle.

The Second Battle of Blingdenstone 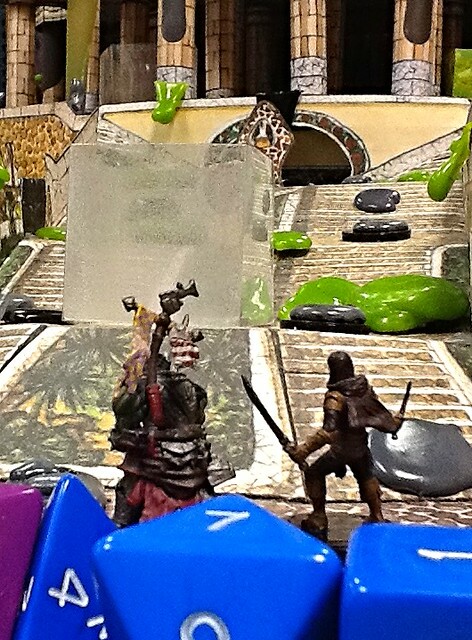 “By Garl Glittergold and his mighty axe Arumdina! That’s a LOT of ooze!More than yesterday – something’s changing, I ken feel it!” – Dorbo 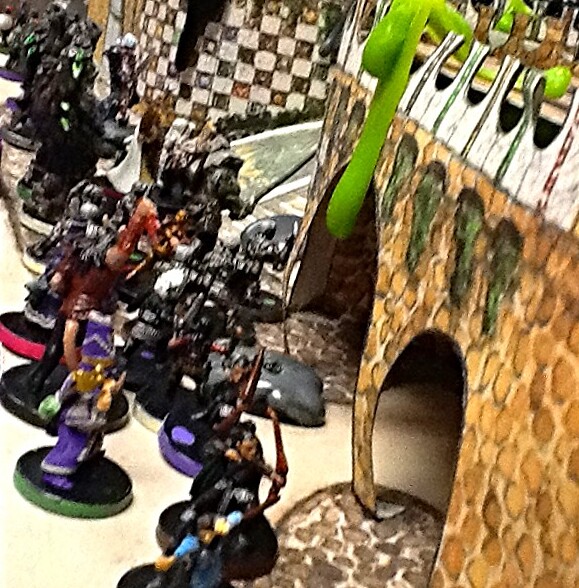 From the upper platform the Pudding King yells out:

“You’re back, just in time! Oh, and you brought my old friends with you! How fitting that we should eat a hearty meal before the long trip to help our Faceless Lord crash that dreadful wedding! We can’t wait to get a bite of that wretched scheming witch…”

He motions toward the ceiling and it briefly rains green slime… 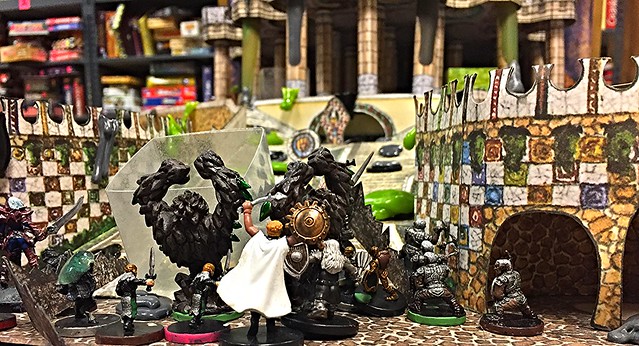 ..catching several of them unawares and covered with slime. “The oil is working! No one was seriously hurt” calls out Darvon has he helps clear green slime from a nearby gnome. 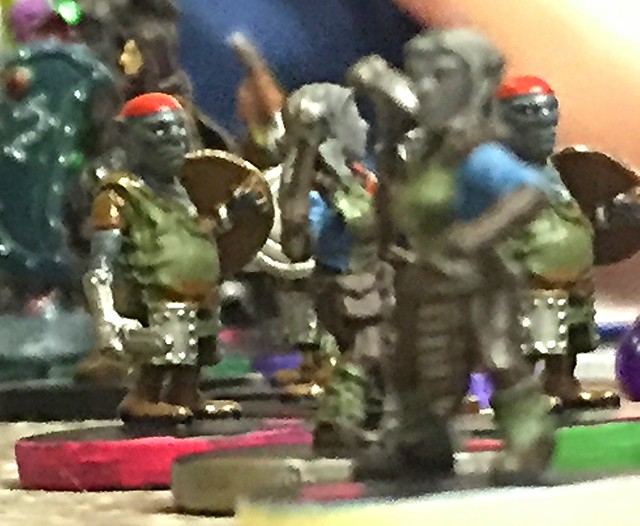 “General Glabbagool – feed my children and get them ready to go!”

The pudding king effects his escape through a cavern at the back of the platform….

Senni: “We’ve got to get to him! He’s the brain behind these oozes.”

The gelatinous Cube (which has eyes? and a glowing body?) at the front of the platform seems to speak, even with no obvious mouth: “Attack the fleshbags, my brothers! Eat hearty for we have a long trip ahead!” 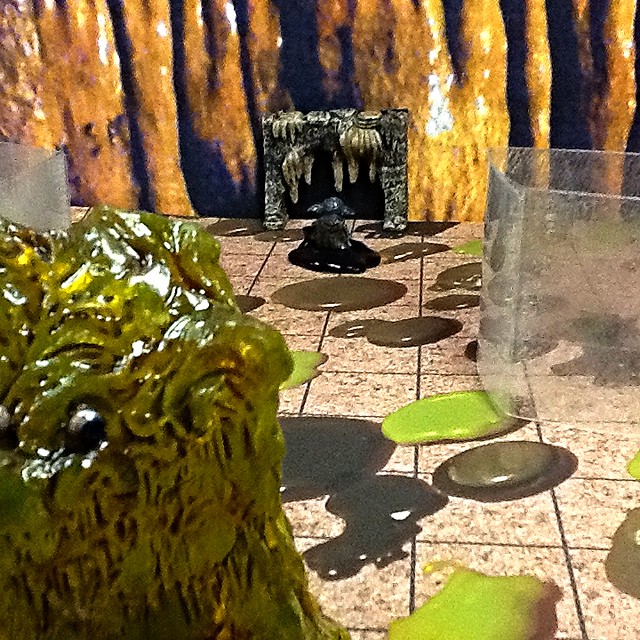 So begins what was later known as “The Long Climb” – with oozes flowing over the walls and down the stairs one after another – with no end in site. 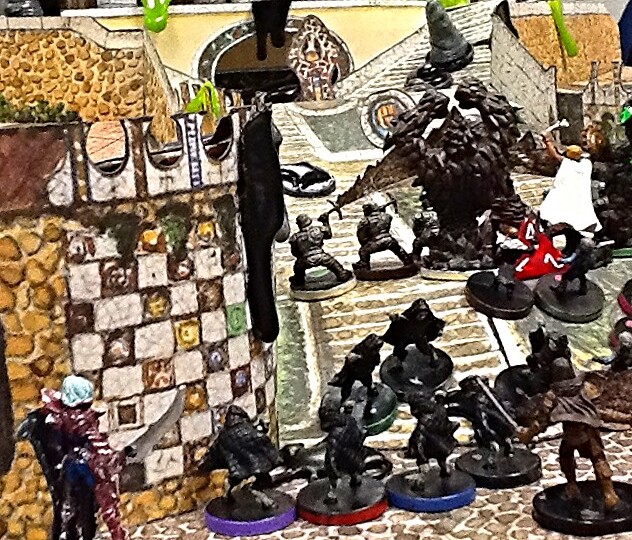 Foot by foot, the battle is fought on all sides… 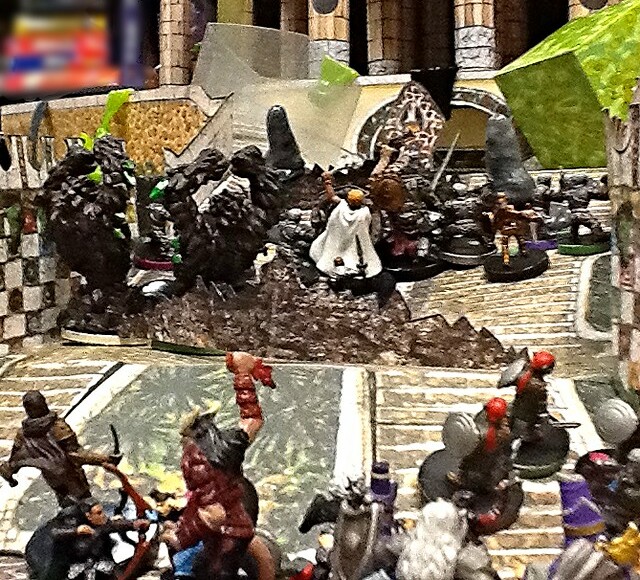 “This oil is giving us a chance!” Indeed, oozes are falling at a much higher rate than ally casualties. 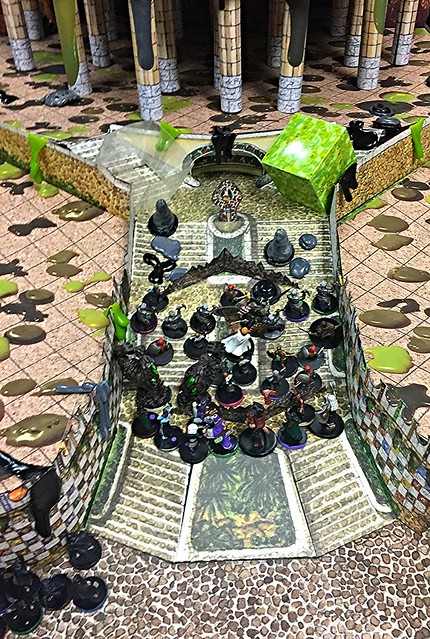 The first staircase is clear. Then the second. Even as weapons and armor start to fail as the oil is scrapped off by battle, the tide is clear.

General Glabbagool: “They are too tough. Retreat to the cracks! Begin the journey now.”

The Glabbagool retreats as well… 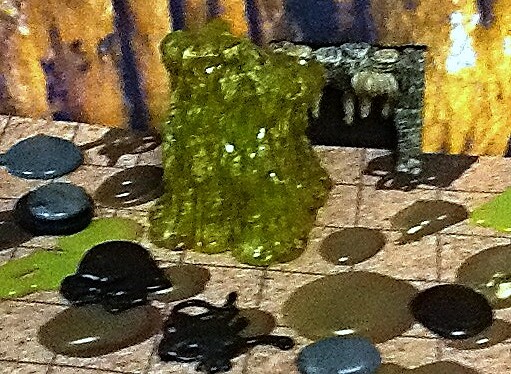 Magda: "We’re going to make for the platform and then through the exit…

“…Have your teams take out as many of these oozes as possible before they can leave – I have a feeling it will make a difference later.” 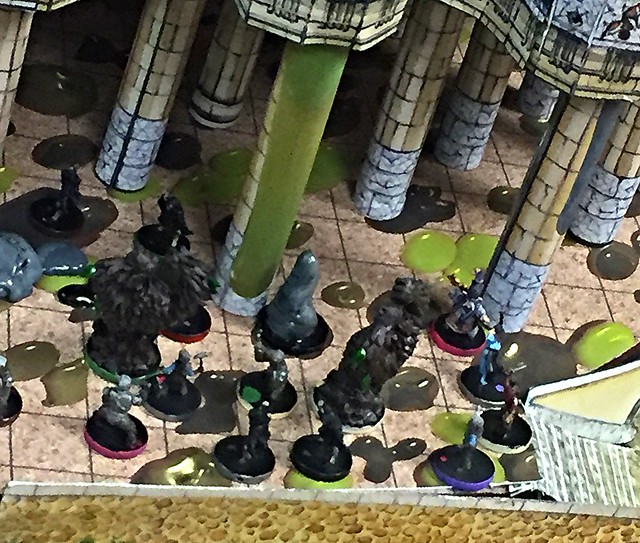 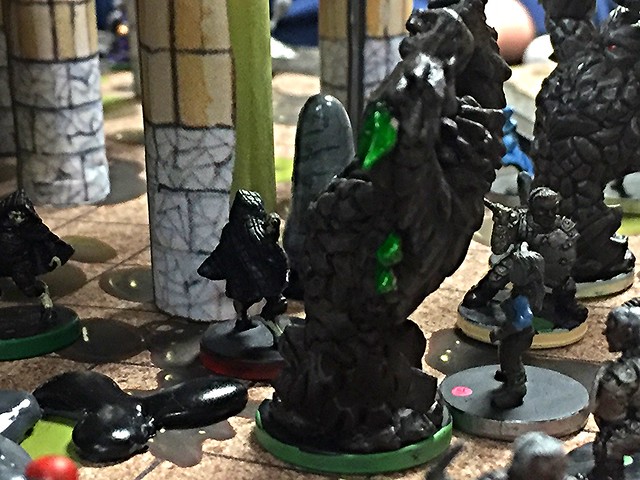 …while the heroes storm the staircase… 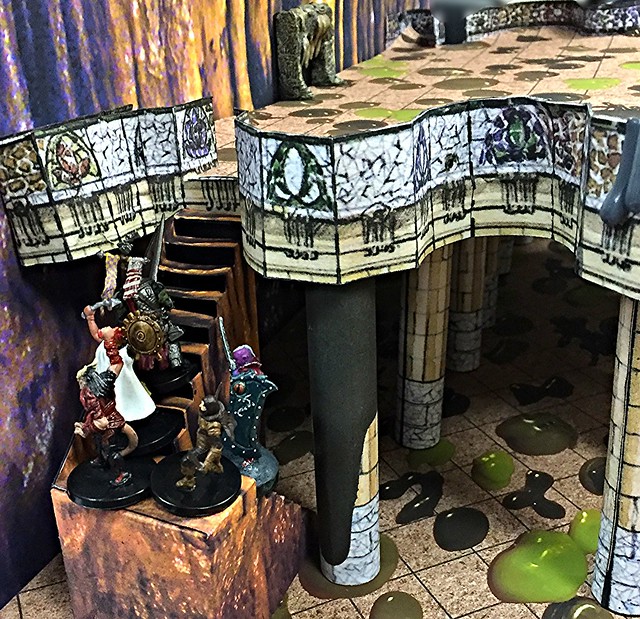 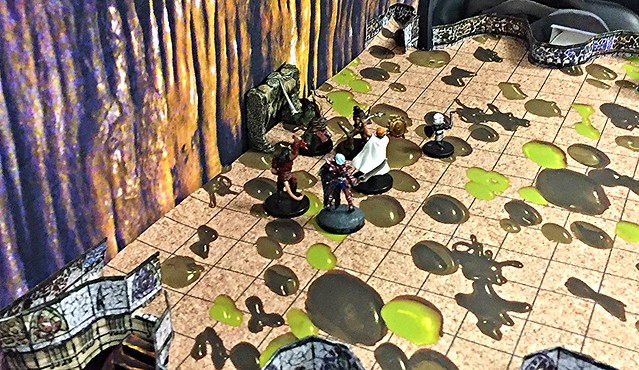 …taking the caves into a chamber… 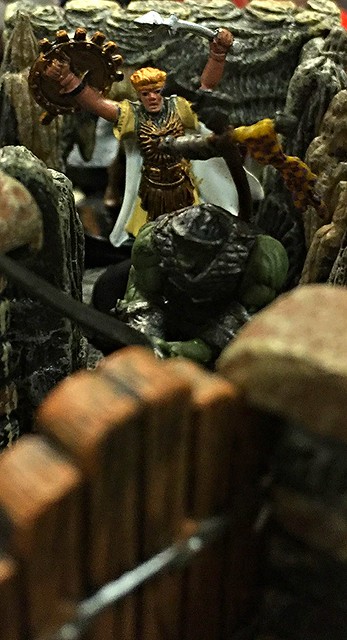 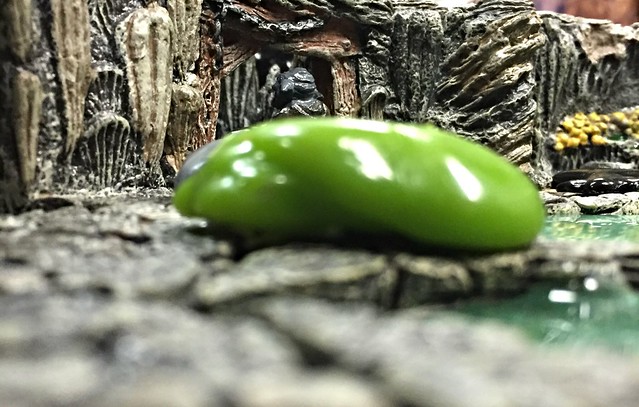 The sound of dripping water fills this dark cave, and various oozes slither across the walls and floor. Some sort of wall or partition on divided the cave, but that barrier has been destroyed. Beyond it lies more wreckage and debris scoured clean by the oozes. A pool has formed in a crater formed in the center of this room. 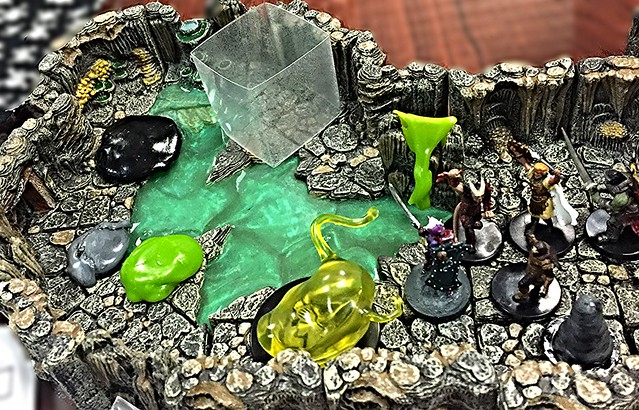 The insane, slime-covered deep gnome points at you and cackles. “Prince Livid! Princes Ebermire! Devour them, my precious children! Make your father proud!” He then retreats further into the caves. 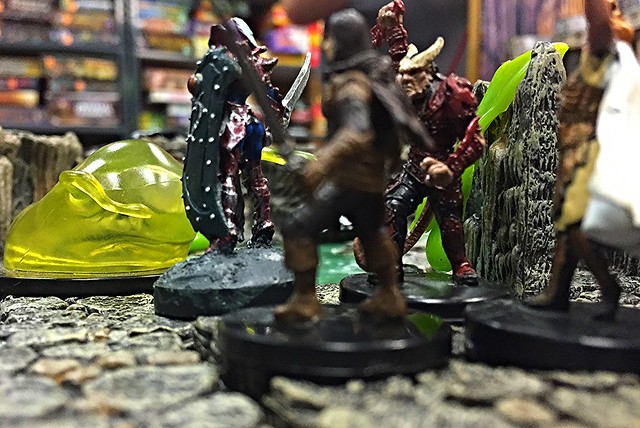 After receiving a black-ooze-slime bomb from Princess Ebermire, Kraum practically vaults to engage the black pudding up close and personal. 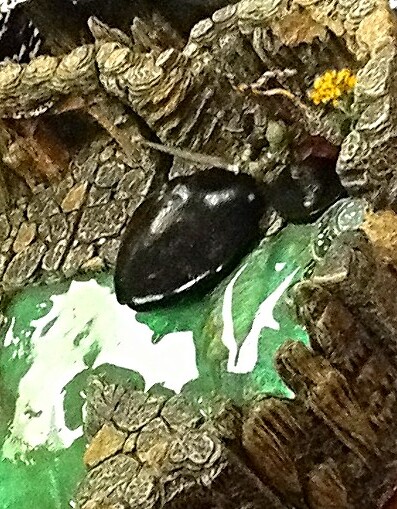 While those that are left deal with the Yellow Jelly that is Price Livid. Again the Oil reduces the thread these oozes pose, so combat is short, but there is a surprise waiting in the doorway behind them.

“NO! You’re fighting on the wrong side! We need them!” screams Buppido as he charges and attacks Chant.

A spellcaster says “Sleep” and the Derro is subdued, then disarmed and tied.

When they wake him, he says “Why am I tied? What happened?”

Bucephalus: “Until we can figure this out, you will stay with us with your hands tied. We’re too busy to deal with you any other way right now. Don’t speak unless it’s some sort of explanation.” 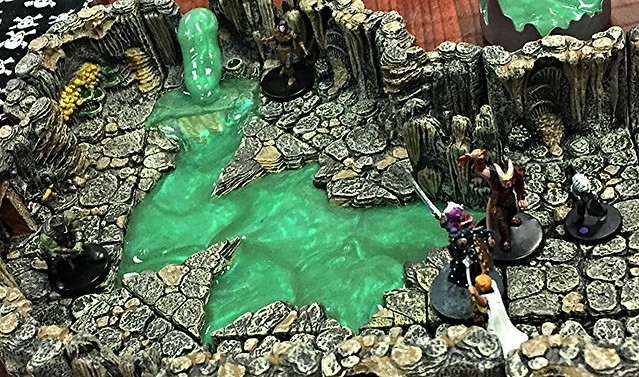 Phosphoresce lichen illuminates this cave. the floor of which is covered with pools of green slime. More green slime clings to the ceiling and forms hideous drapes along the walls. In the middle of the cave is a slime-covered throne. 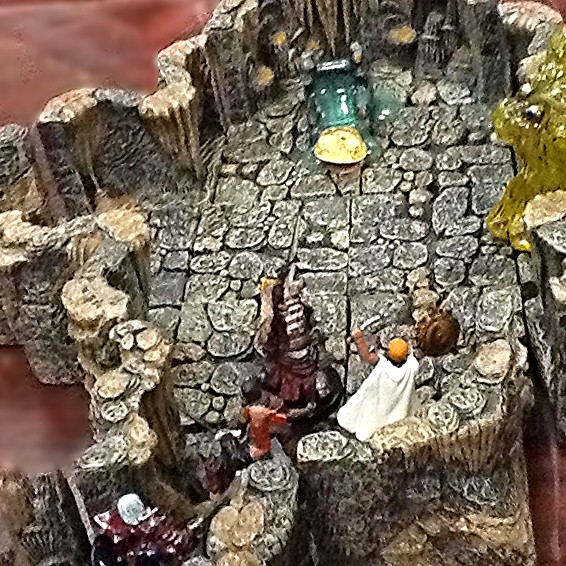 There is no sign of the Pudding King here…

From behind the throne, the gnome cast wicked poisonous spell that immediately makes those nearest him choke on the burning…

“Callooh! Callay! Now you can join the party!” he cackles. “You can be one with the Faceless Lord – just let yourselves be eaten and disgorged!” 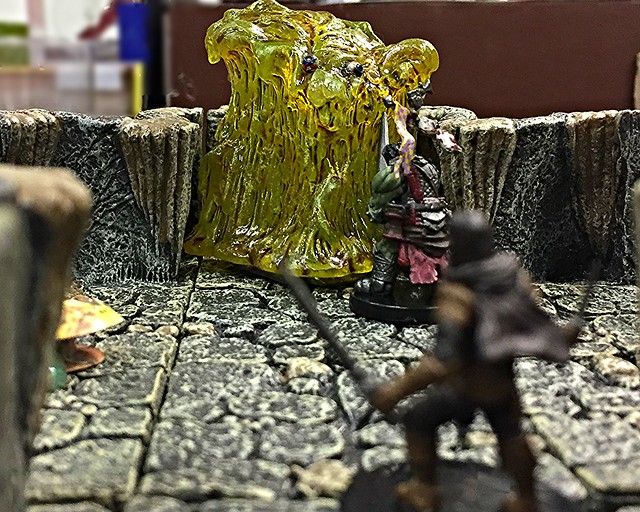 Once exposed, our mighty adventures let loose every weapon at their disposal 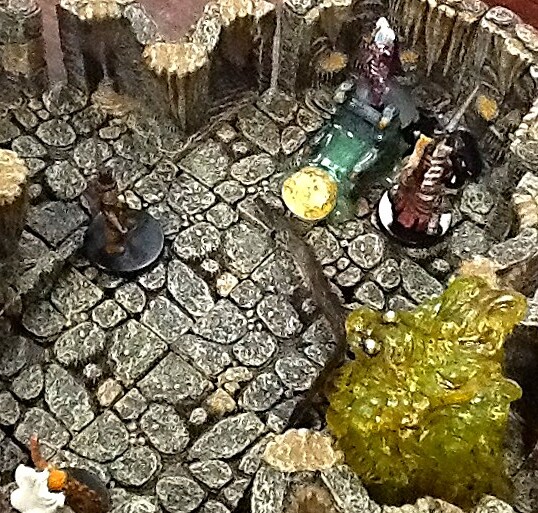 … and soon the defeated foe transforms into a black slime-pool…

“You haven’t won! No! We will rise from our children! We will be reborn from the Faceless Lord! Juiblex will consume the banquet of the Queen of Fungi and we will all grow! General! You know what to do! Lead them to the feast!”

With that, Glabbagool slinks out through a crack in the wall…

Find out next time in our final episode: The Fetid Wedding

The Final Episode: The Fetid Wedding 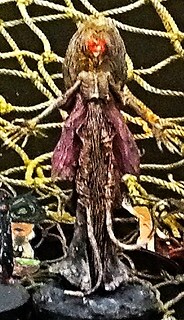 We Be Goblins Adapted for Hero Kids (for my grandkids: 4 and 7)

The Fetid Wedding Our conclusion

Neverlight Grove How many demons is it now?