AKA "The Mazes" adventure in "Well of Worlds" by Colin McComb 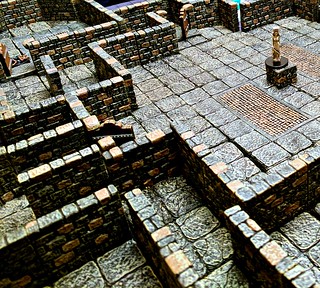 With this posting I resume meeting with my main gaming group, and we continue the story The Return of the Titans, following the adventures of the Forsite Irregulars.

Having received instructions on how to find the Mirrored Library (Timeresh) from the Sphinx at the center of the Great Market in Sigil, Team Beholder temporarily evades the Githyanki that are stalking them long enough to open the one-way portal into the maze imprisoning Vartus Timlin.

Timlin has the sword “Pathfinder” – said to have the power to lead the bearer to any location that the possessor names, no matter on what world, or on what plane. 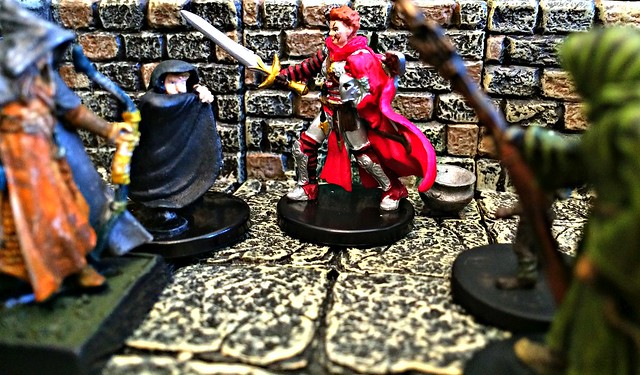 They quietly advance through the maze, noting that it is surprisingly clean, but cold… 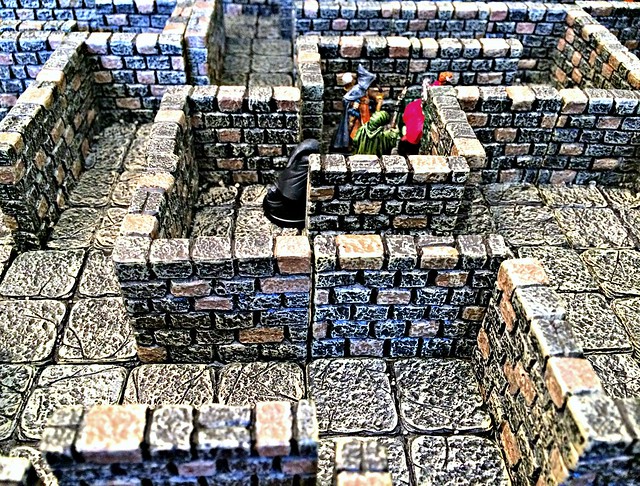 Quinn, “Don’t you wonder why he can’t get out, given he has that sword?”

Gael: “She’s clearly has a sense of irony in her punishments.” 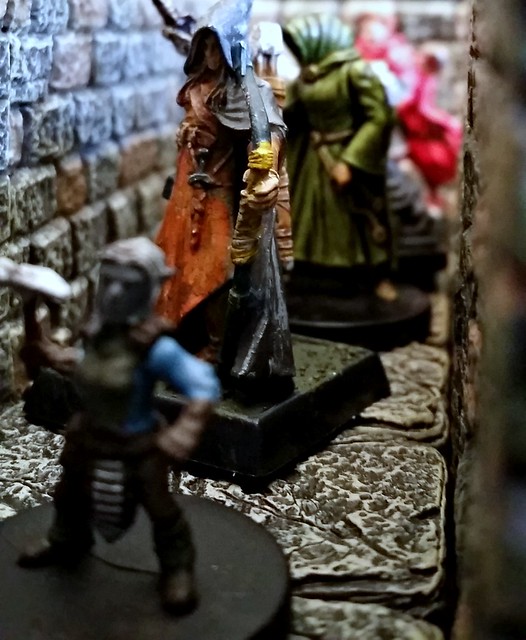 They enter a great chamber with a single white statue in the centers, presumably an image of the Lady of Pain.

Pvel speaks quietly, “Once we have the key, we will need to ‘Take the Lady’s right hand going as far as you can, staying along the wall to your right.’ according to the Sphinx’ riddle.”

“Look! Someones been hacking at this statue, but it’s restoring itself!” 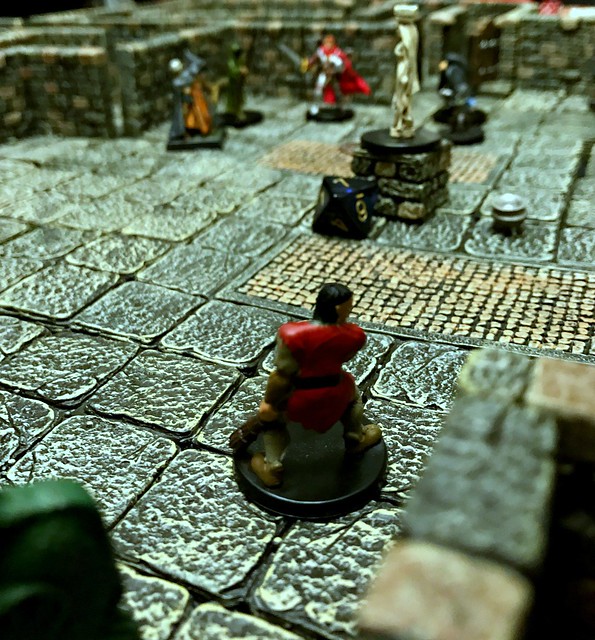 A gruff voice rings out from across the chamber. “Who are you and what are you doing here?”

It’s Vartus Timlin, and he’s not the trusting sort.

He agrees to let them “use” pathfinder if they get him out of the maze, but he’s not sure where
he left it. So the party splits up and looks around. 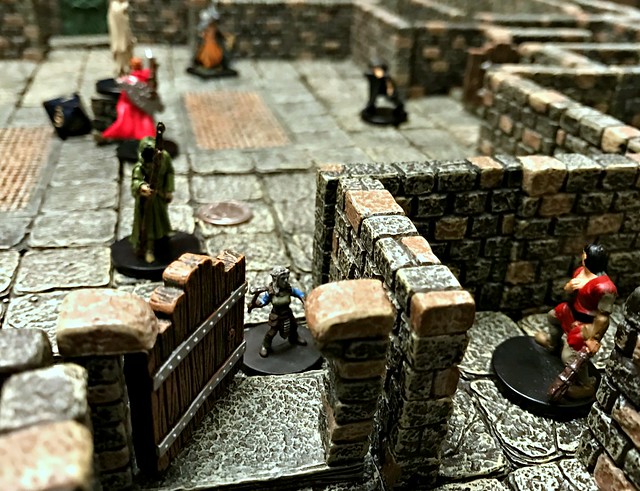 At the point when everyone is the furthest apart, a dozen Githyanki in several groups, and attack them! 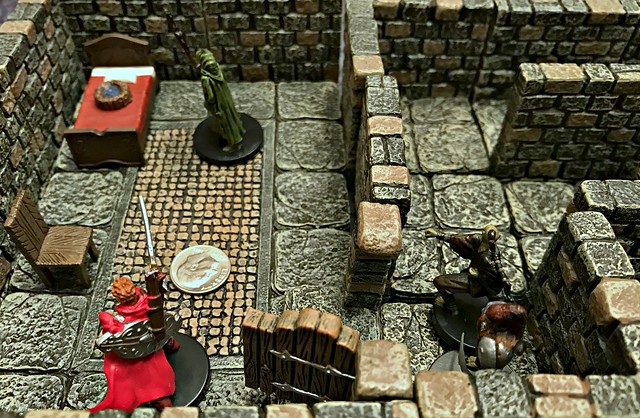 Vartus lied about knowing where the sword is, and grabbed it – and it lights up, clearly magical. 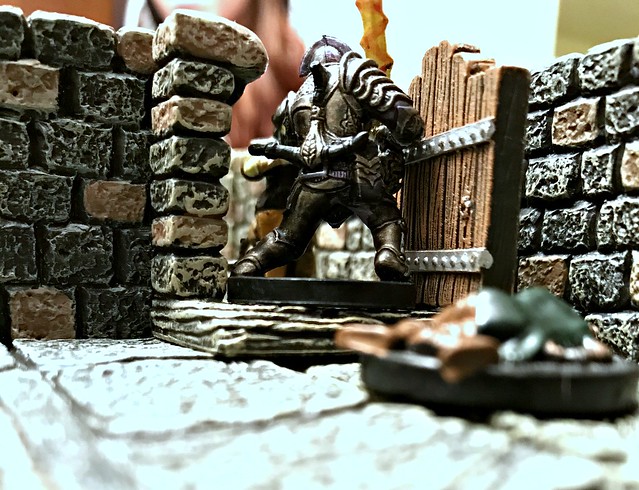 The Githyanki are here to steal the sword and kill anyone that stops them. They manage to teleport it away from Vartus! 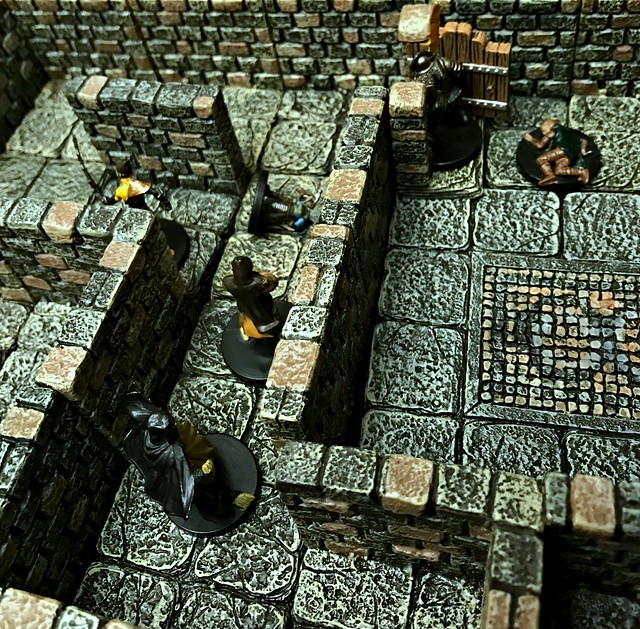 A series of teleport handoffs between the enemies keeps our heros from recovering it while it advances through the maze – but to where?

Turns out that the key was missing because the Githyanki had taken it and found the secret door to the exit portal, now activated! 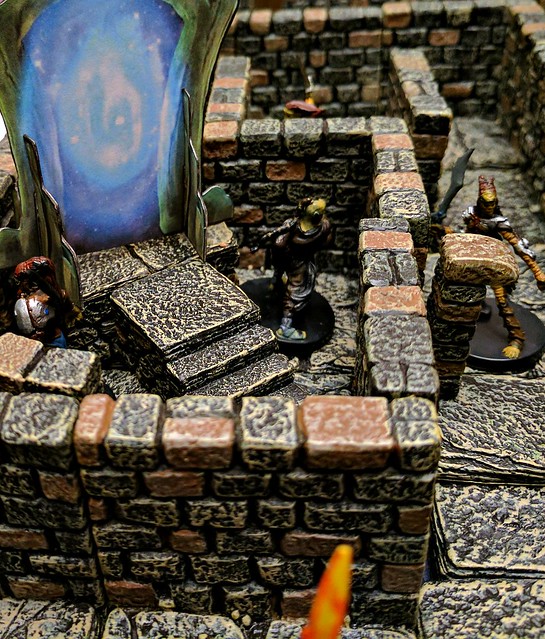 Gael teleports into the hidden chamber and freezes the room to slow them down. 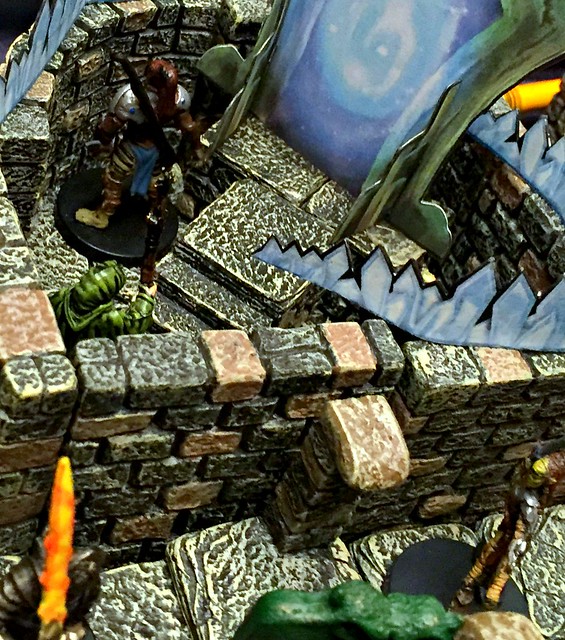 Vartus uses every ounce of his enormous strength and years of hate for the Lady to break down the now frozen-fatigued wall, and the Irregulars rush in. 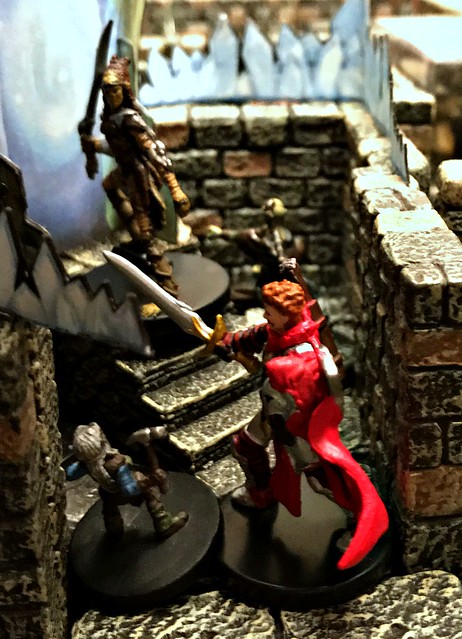 But too late, as the Gith with the sword passes through, and the gate collapses. The next key will not be available for several hours. 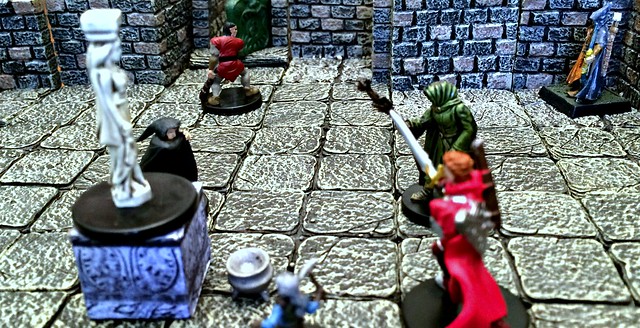 This is when Varus shares the true secret of “Pathfinder” – though it is a magical sword, it doesn’t have the rumored power at all. Vartus himself has that power. and he still will keep his agreement to lead them to the library in return for his freedom.

After weeks of traveling over many planes and battling unimaginable creatures (and rescuing some Pegasi!) they arrive at the pocket-dimension of Timeresh.

Vartus: “It is here, at the entrance to the Timeresh, that I leave you, my debt complete. The portal is random, but will open here soon, but I know-not how you will return to your comrades.”

Gael: “During our research I will attempt to repair ‘this side’ of the portal to the Infinite Staircase.”

Vartus: “You will have plenty of time, as time passes very slowly out here compared to Timeresh. Farewell!”

And for more than 10 years, Team Beholder of the Forsite Irregulars researched everything they could about the history of The Titans, The Dragons, Portals, Space, and Time.

But only a few months passed for their comrades, back home.

Pvel: "By the gods, look at what I found! Do you recognize this etching? With what else we’ve learned, we simply MUST reach the others and share this critical news!

Gael? Can we arrange just one message blast?"

Gael: “I’ll work increasing the power and tuning of the sending stones – it will take a few months.”

“That’s only a a day or two back home, let’s make it happen.”

So suspends the timeline of Team Beholder.