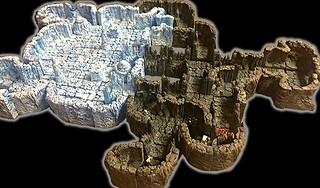 This is Mission 3 of DDAL05-01 Treasure of the Broken Hoard. You can start at the beginning if you want.

Veradda Stoor’s notes lead you to a narrow path halfway up a mountain in the northern Greypeaks. You stand on the path, looking down over a cliff to your right, the sheer wall of the mountain to your left. There is no obvious opening in the wall. 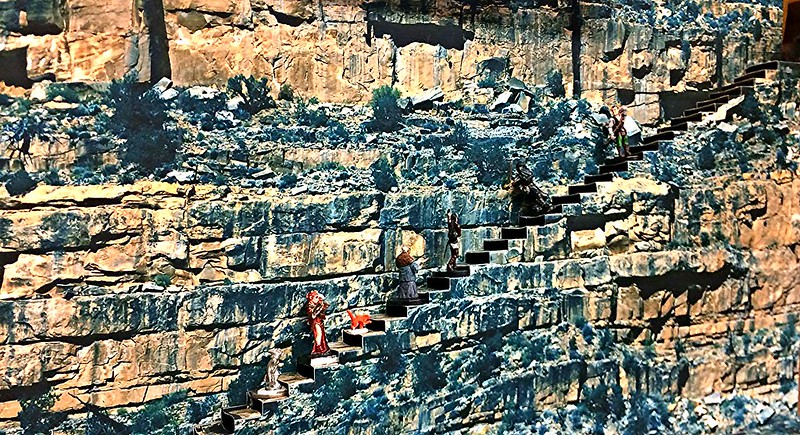 The search for the entrance to the cache has some unexpected challenges, involving a few falling rocks, but they eventually find the entrance a short climb above the path… 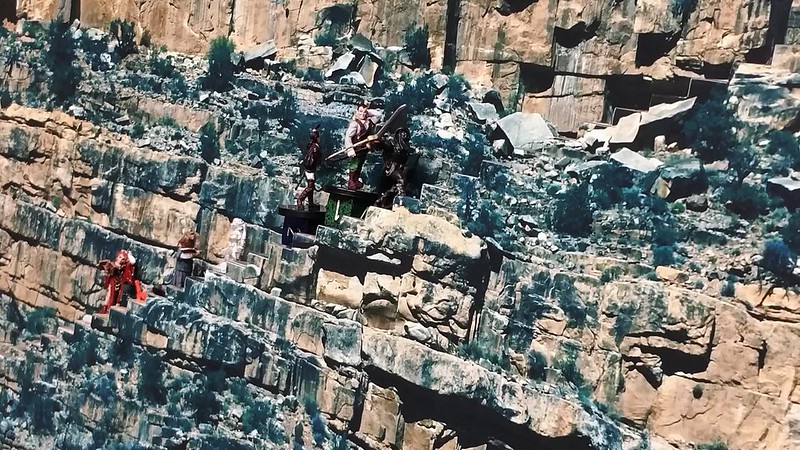 The door opens into an unlit corridor of unworked stone. This natural tunnel soon splits. 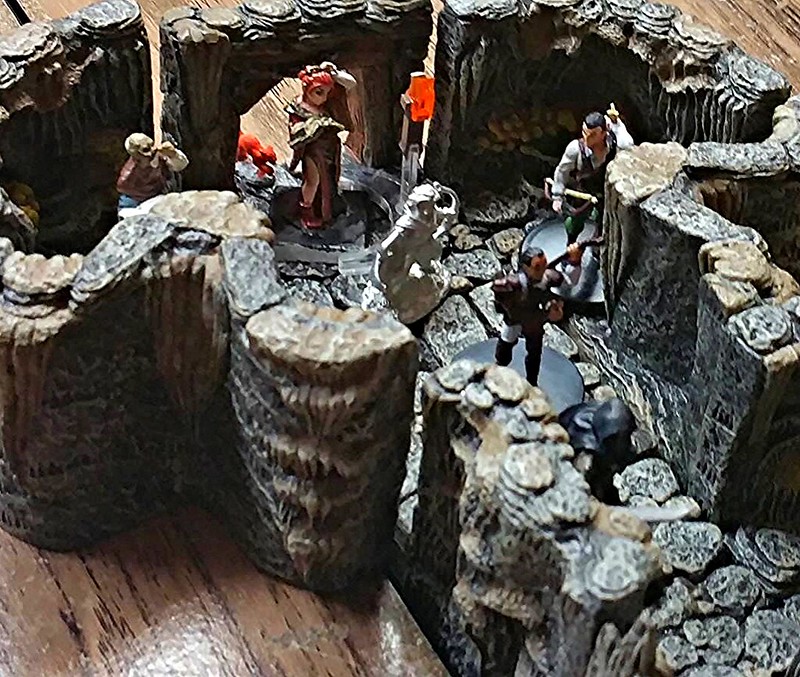 The rogues lead the wall, following the left-hand-to-the-wall rule of exploring mazes… But they miss a step and end up fighting giant rats in a nook… 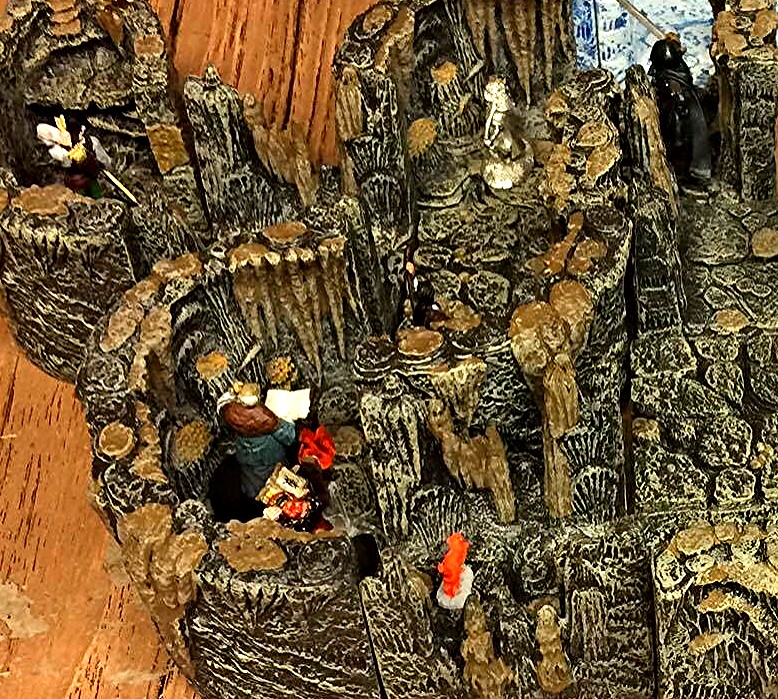 Moving on, they encounter a section of the caves that is different…

The floor of this large chamber is covered with ice. Two large humanoid figures, frost giants by their appearance, lie dead in the corners of the room. Each clutches a bloody greataxe in its hands, and each seems to have died from slashing wounds created by large bladed weapons.

On the far side of the room is a three-foot-tall pedestal, and atop the pedestal rests a giant diamond. The diamond gleams with an inner light that is definitely supernatural. 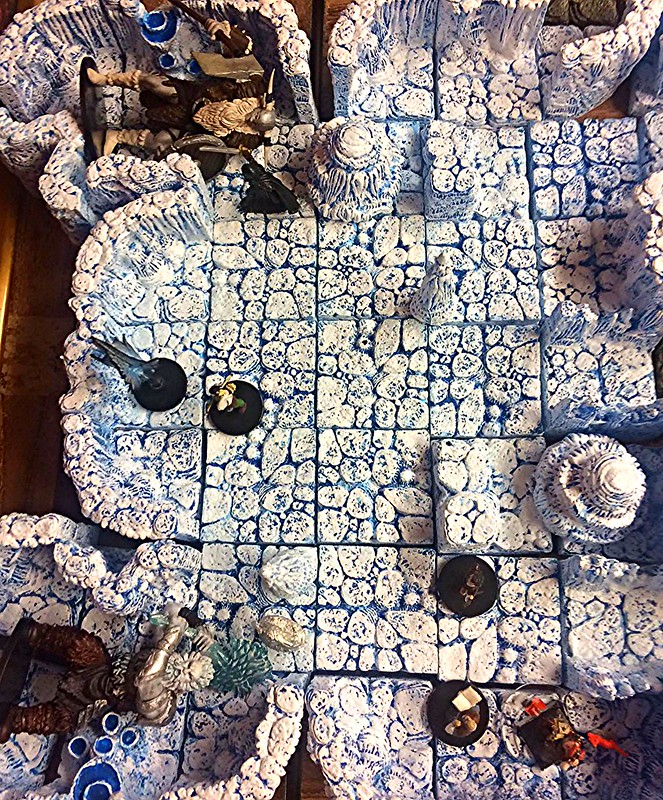 As Aiindol approaches the giant diamond, it comes to life! Enthralling Abcde with powerful sense of greed. The newly animated crystal summons green motes of ice and energy, which immediately attack them. 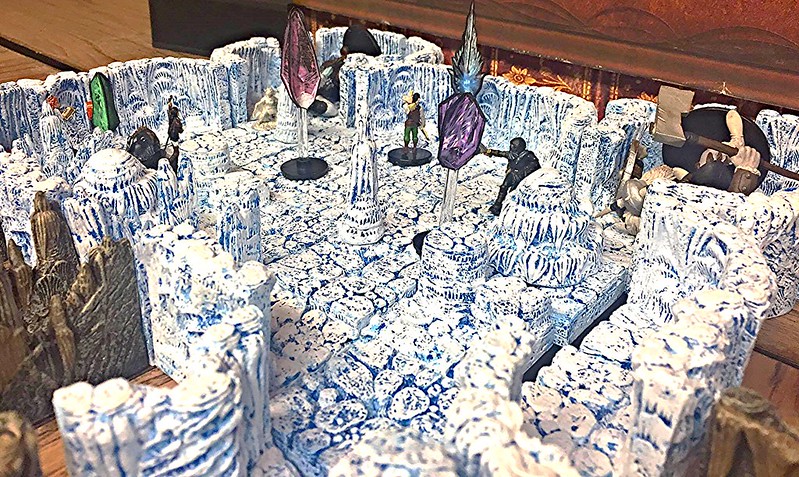 The Greed Motes are initially a challenge, until the secret of their toughness is discovered, and the diamond is shattered.

The diamond dust from the shattered gem swirls, creating the form of a green-tinted spirit. It speaks in a provocative whisper. “Your companions want to kill you and take your possessions. Kill them before they kill you.”

Abcde initially seems about to attack her companions, but somehow, with their help manages to maintain her composure, though she’s still got that green gleam in her eyes…

Professor Wellsat wonders aloud: “Giants killing each other out of greed? What have we gotten ourselves into?”

—Next time, our heroes go Through the Fires. 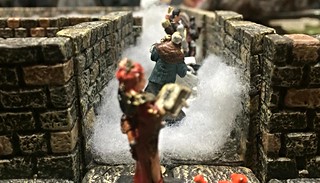 The Cliff Side path/staircase will be available as part of the Stone Soup: Designer Staircase Sampler project.