Mission 2: Upon the Stones 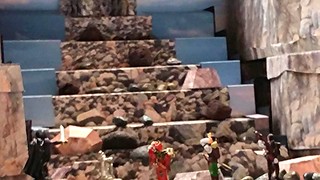 This is Mission 2 of DDAL05-01 Treasure of the Broken Hoard. You can start at the beginning if you want.

In the distance, at the base of two of the massive Greypeak Mountains in the central range, you see a large pyramid comprised totally of boulders. The structure is at least 60 feet high, and from this distance it looks as though there might be an opening at the top.

Between you and the base of the boulder pyramid is a solid stone field. The field is flat and smooth with a slight upward incline, but in places the stone is rent with deep gouges – so deep that it is impossible to tell how deep the gouges go. Even the widest gouge is less than 3 feet wide and easy to cross if care is used. 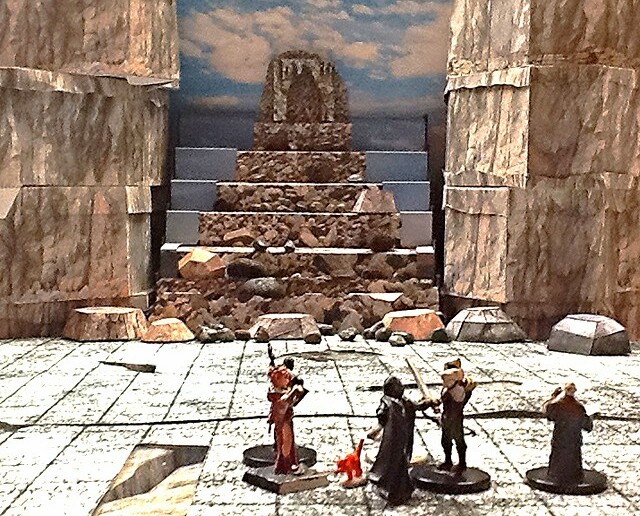 As they move across the stone field and easily cross a few gouges, Giant Badgers climb out and attack! Mercy and Aiindol fall before they know what hit them, and Kandry is soon knocked out!

But the professor, Nym, and Abcde quickly administer aide, eventually tipping the tide of the battle in their favor.
The net result is several dead Giant Badgers and one of them a friend (for an hour) of the Professor.

They approach the pyramid..

The pyramid, upon closer inspection, is indeed comprised of gigantic boulders that must have rolled down the mountainside over the centuries. Whatever stacked them like this must have been very strong or used powerful magic.

The boulders at the bottom appear to have been fused together in some way, while the ones further up are simply stacked carefully or held together with mortar. Many of the boulders are etched with runes. 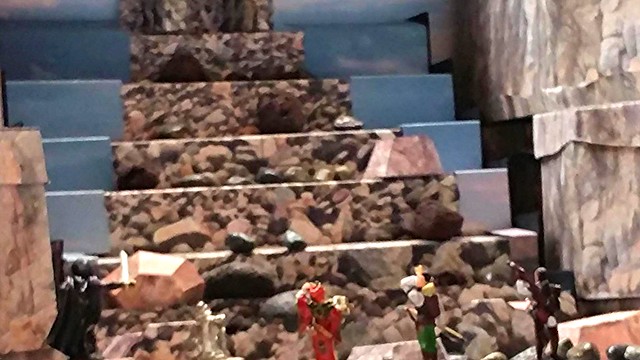 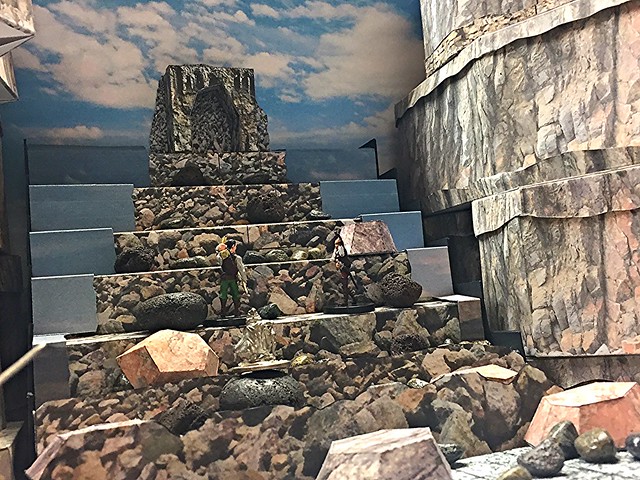 About 3/4 up, Nym’s handhold surprises him by speaking “Hey! Be careful. That’s my eye socket!”. It unfolds into a Galeb Duhr (rock man.) 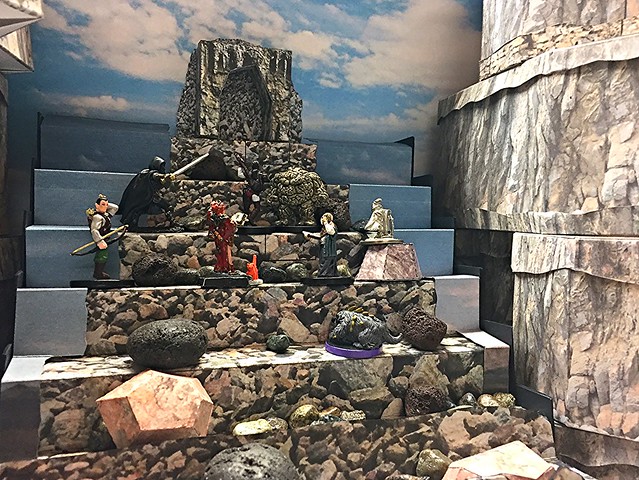 The party speaks with it [plot explication went here] and got a clue about the pyramid.

(Abcde’s player got a story reward!) 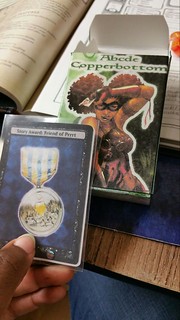 The approach the top of the pyramid to gain entrance, only finding that it is plugged with the body of a dead stone giant.

With the help of their new rock-friend, they drag the body out, and it tumbles down the pyramid! 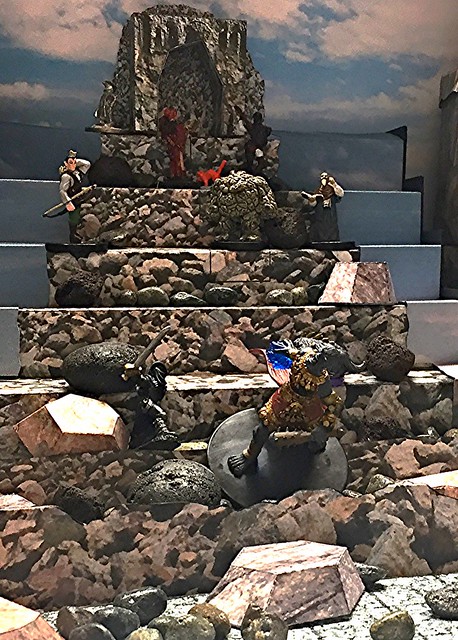 They solve the omitted puzzle, and Nym looks into the entrance, and sees a pit, plummeting down 60 feet. Throwing down a torch he sees: 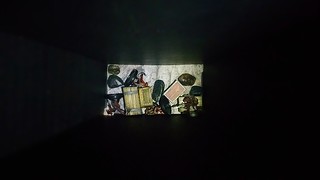 “Looks like some dead kobolds and some treasure chests, at least two are shattered!”

Using ropes anchored to their friend, the climb down to inspect the loot. 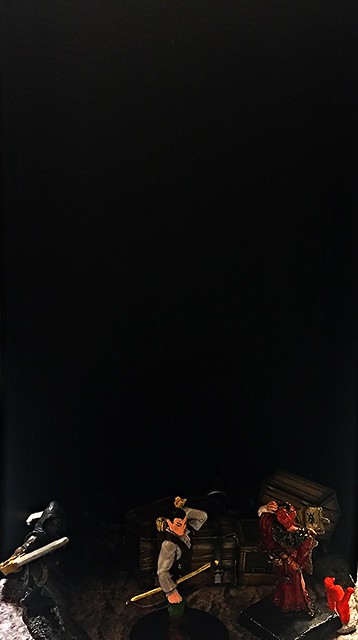 Again, it seems the giants (this time the Storm giants’ agents) got here before either the Stone giants or our heroes. They recover a few items and discover the tunnel that the kobolds used to get in? out? of this chamber.

Too small for human passage, they send Mercy’s cat through to see where the tunnel leads – and it’s in the same direction as the third treasure cache, so they exit the pyramid and climb down the opposite side deeper into the Greypeak mountains.

Next time, our heroes go Against the Frost. 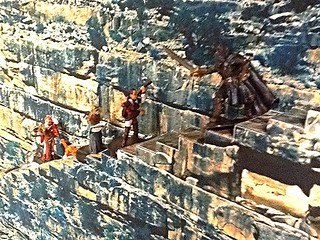 The pyramid is a simple reskin of a sengment of: The Coliseum by Mystic Mountain Productions
The mountains are from Highland Adventures by Fat Dragon Games