The Orcs of Stonefang Pass [Encounters 7-10] 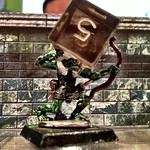 This is part V of the Orcs of Stonefang Pass. Jump to Part I.

..pursuing the escaped Orc deeper into the caves, they encounter an underground temple, bearing the markings of two gods – The older markings being of Moradin and newer modifications showing Torog. 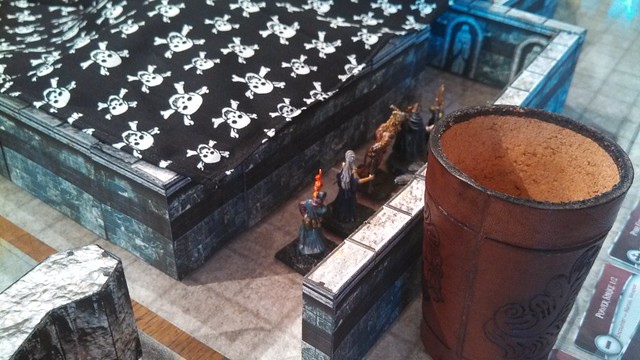 No sign of orcs, but there is the sound of Dwarven whispers ahead… 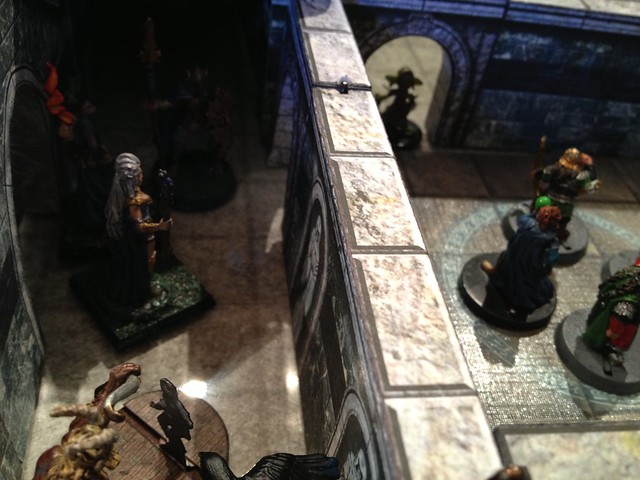 they are coming from inside a magic circle, where a very tired dwarven mage is maintaining a circle of protection with the aid of her comrades. 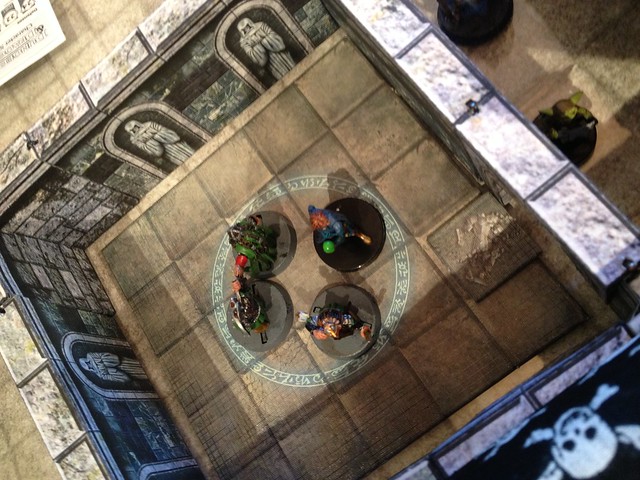 The dwarves do warn them of an ambush in the next chamber, and plead for assistance with the orcs so they can lower their defenses. 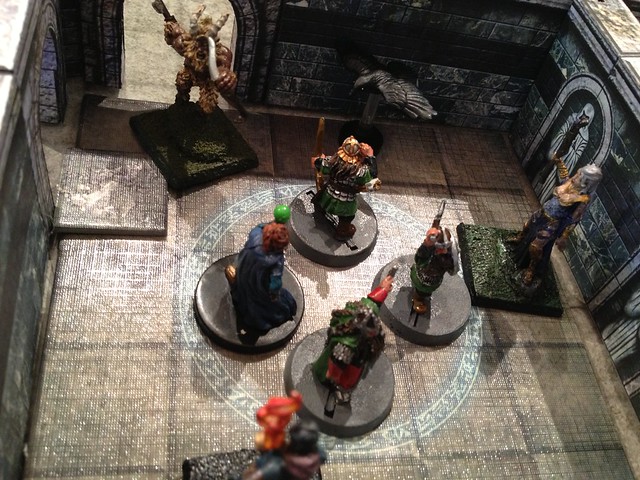 The mage opens the door across the hall, engaging what seems to be some weak minions, but trips when trying to vault a coffin… 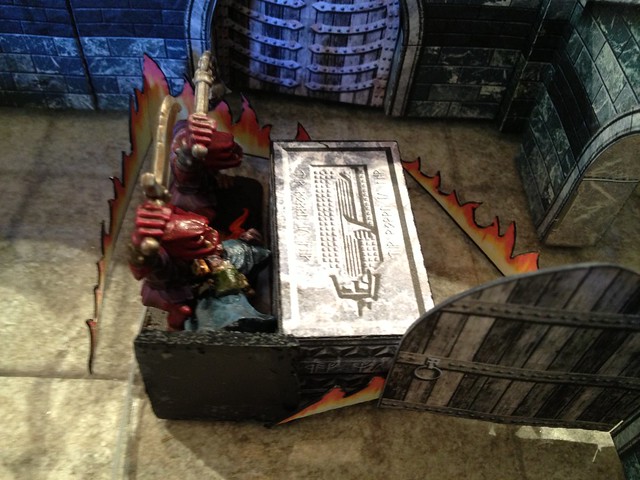 Only to make enough noise to draw a brute! 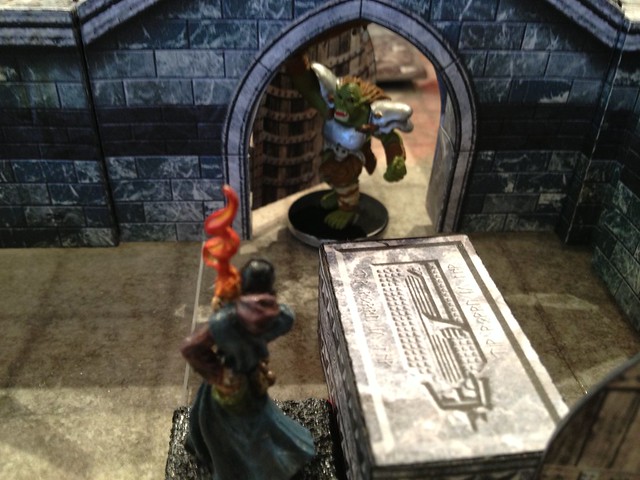 The rest of the group leaps into action! 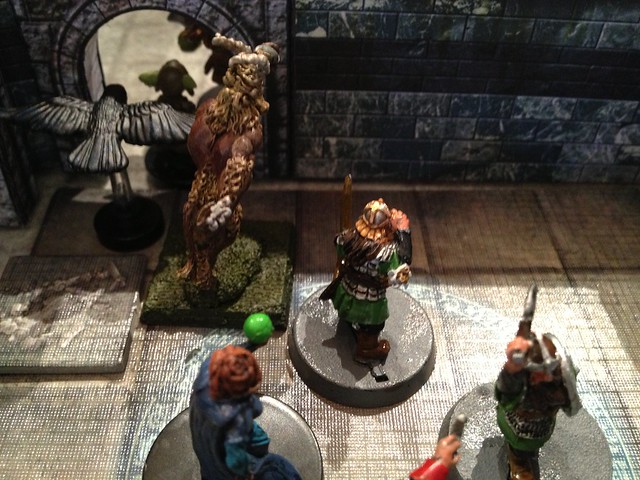 And the battle ensues… 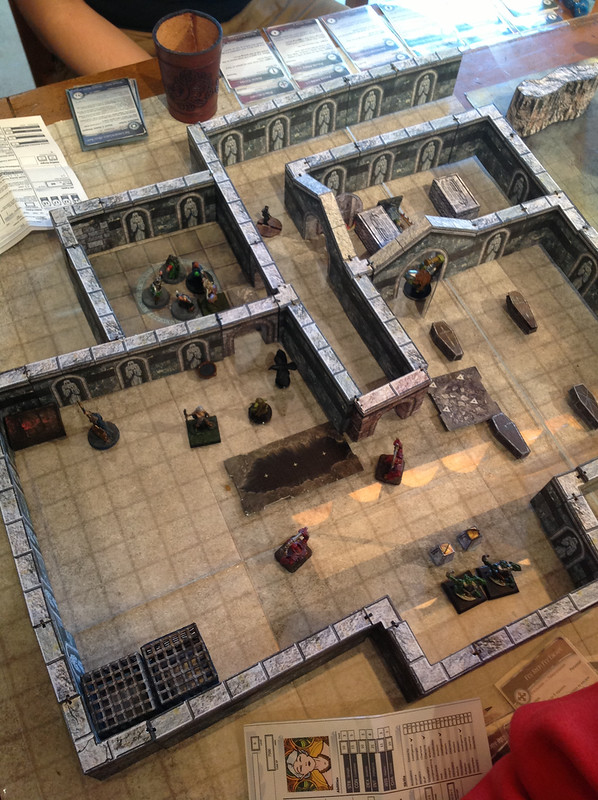 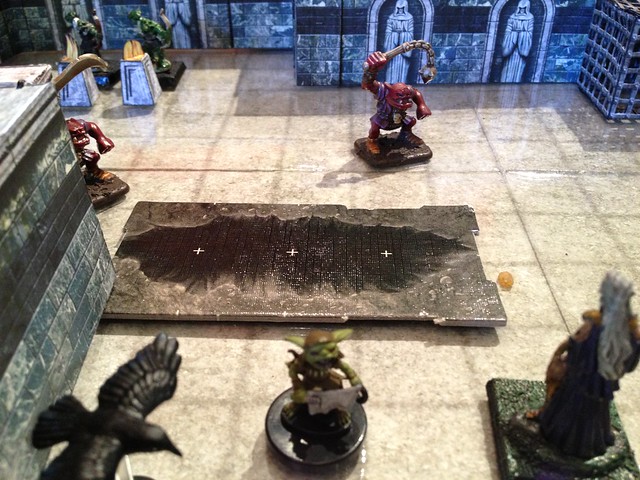 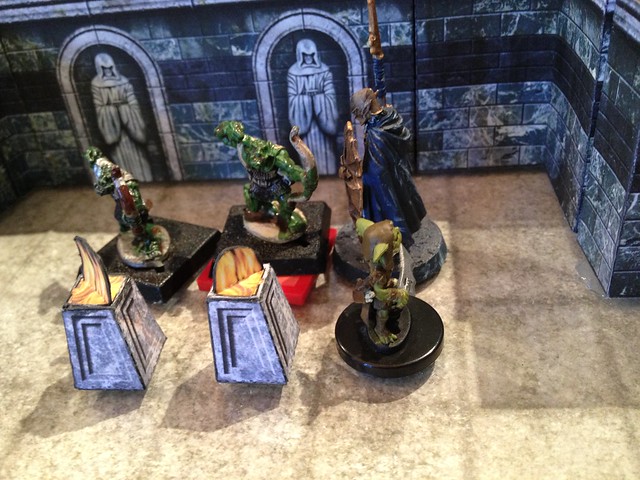 Eventually, our heroes are victorious, which allows the dwarves to relax their guard and rest. The party learns the mystery of the black pit: It houses the Spirit Titan, Stonefang – the real source for the name of the mountain and the pass. There are four pieces of Stonefang that are supposed to be in the magic circles to keep him imprisoned. He is about to escape! 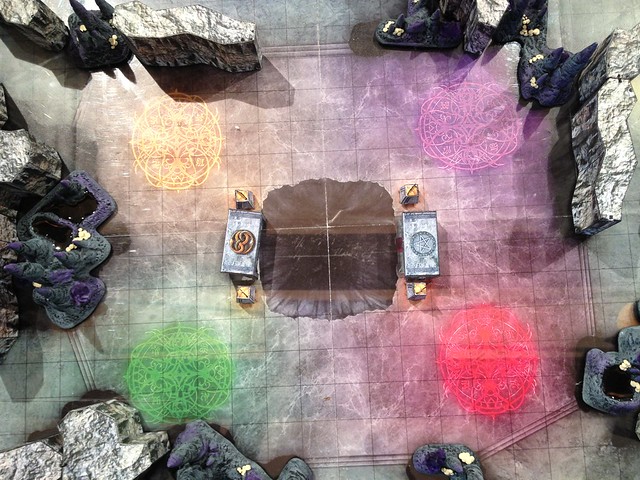 The party has one of them, Stonefang’s Hand – and the dwarf-mage has Stonefang’s Rib – but the other two: Eye and Heart are likely with the Citadel, which is captured by the Orcs. The citadel is at an opening half way through the pass.

The party refused to hand over the Hand and likewise the dwarves hold the Rib – but agree to send one of their own: Duggin, to join them to recover the others from the citadel. 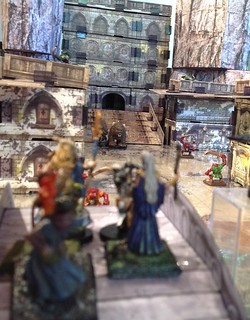 The adventure continues here at An Unexpected Guest

The Windy Staircase The Orcs of Stonefang Pass [Encounters P1-4]