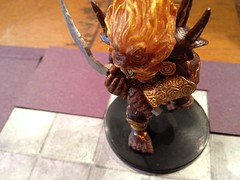 This is part II of the Orcs of Stonefang Pass. Jump to Part I.

The pass through the mountains is 40 foot wide and half as high, but suffering from damage from recent earthquakes, as our heroes find as the travel by foot for several hours… 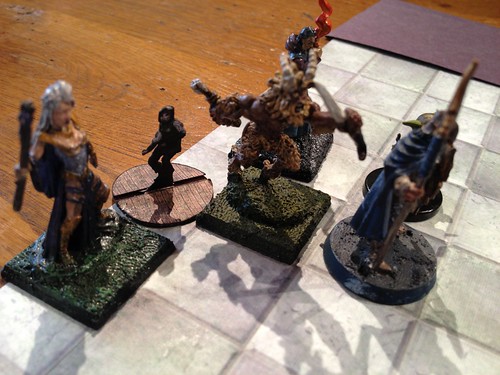 … before they come upon a statue of a Fire Giant and more than a dozen Stirges, feasting on a half-dozen or so dwarven corpses. 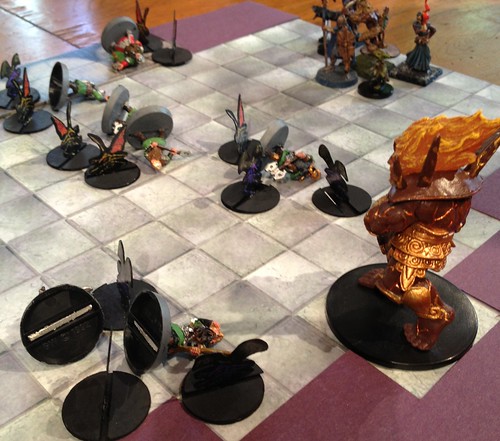 The goblin charges in, and is quickly surrounded! 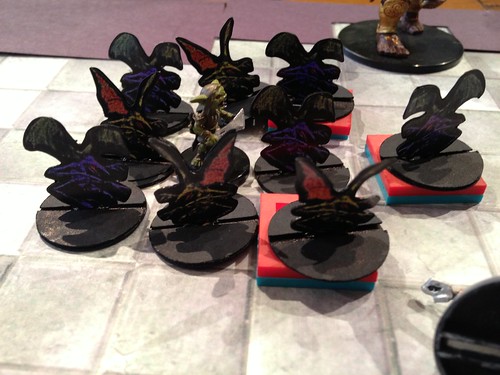 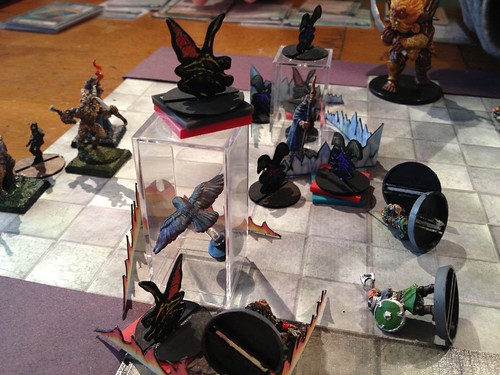 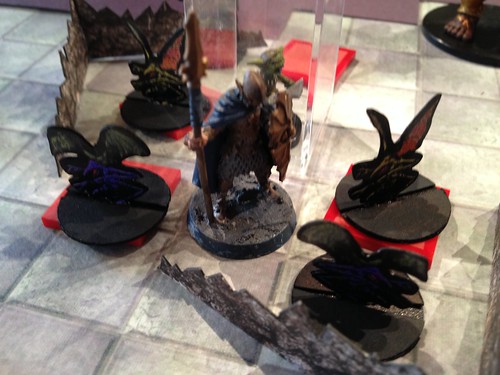 Just at they were about to mop up the leatherwings, those that remained urgently took flight, leaving the area just before another earthquake struck, sending everyone to the ground except the fire-mage, who was insubstantial due to the cloak he’d claimed from Cadavra [see The Scions of Punjar play log with terrain.] 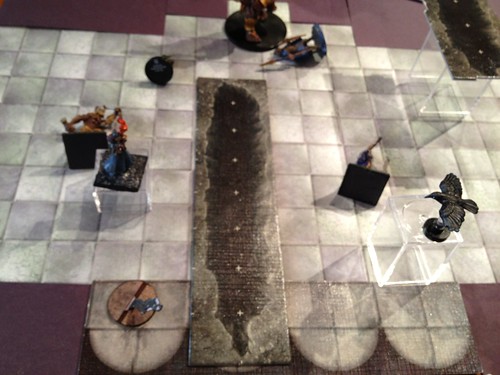 No sooner than they could get back on their feet, giant spiders started appearing from a crack in ceiling. 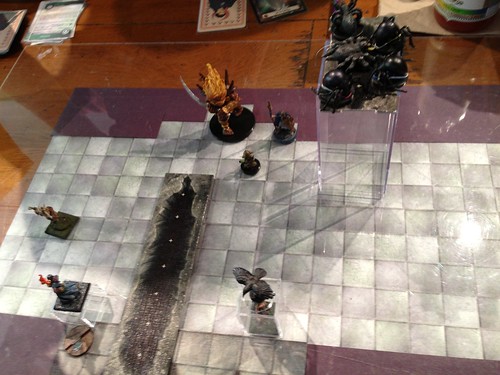 The spiders all jump onto a different target… 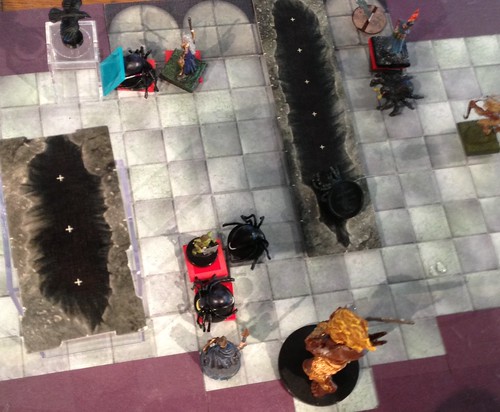 With no rest between fights and the effects of the earthquakes (and no effective AOE targets) our heroes have an unexpectedly tough fight on their hands. 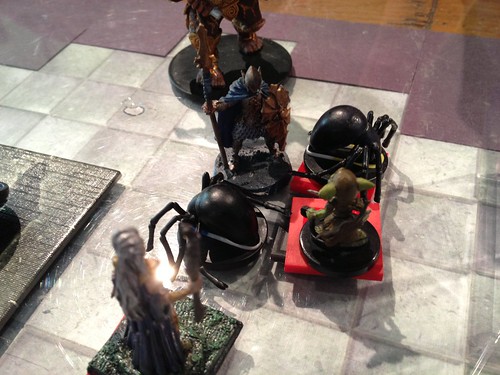 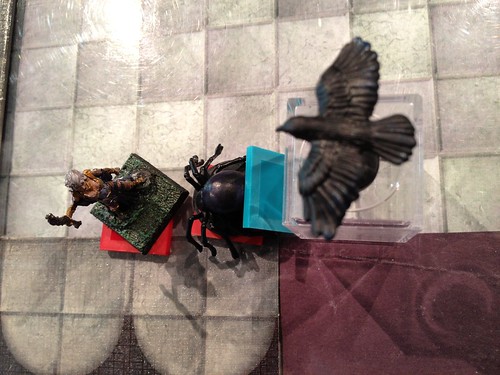 After defeating the arachnids, they finally get a much needed respite before moving deeper in to Mt. Stonefang…

The adventure continues at The Gatehouse